The FPGA Fly-Fishing Symposium 2019 (FFF’19) was a post-FPGA Conference workshop, attended by Guy, Ken and I.

I am not the superstitious type but we received many encouraging signs in Monterey.

We had planned to fish with a guide the first day of the trip and then do our own thing on the second. The Yuba River Skwala hatch relied on the weather and the bugs to cooperate. Ken had tied 800 flies for this trip. Here is one of his four boxes.

Of course the weather didn’t cooperate. The day before the trip, apocalyptic rains were being forecast, with our fishing spot being at the center of the circle. The guide said it could be as bad as 2017, which strangely enough was the previous time we planned to fish the Yuba. As it turned out, they had 6 inches of rain, 7ft of snow in the mountains, roads were flooded and schools closed. 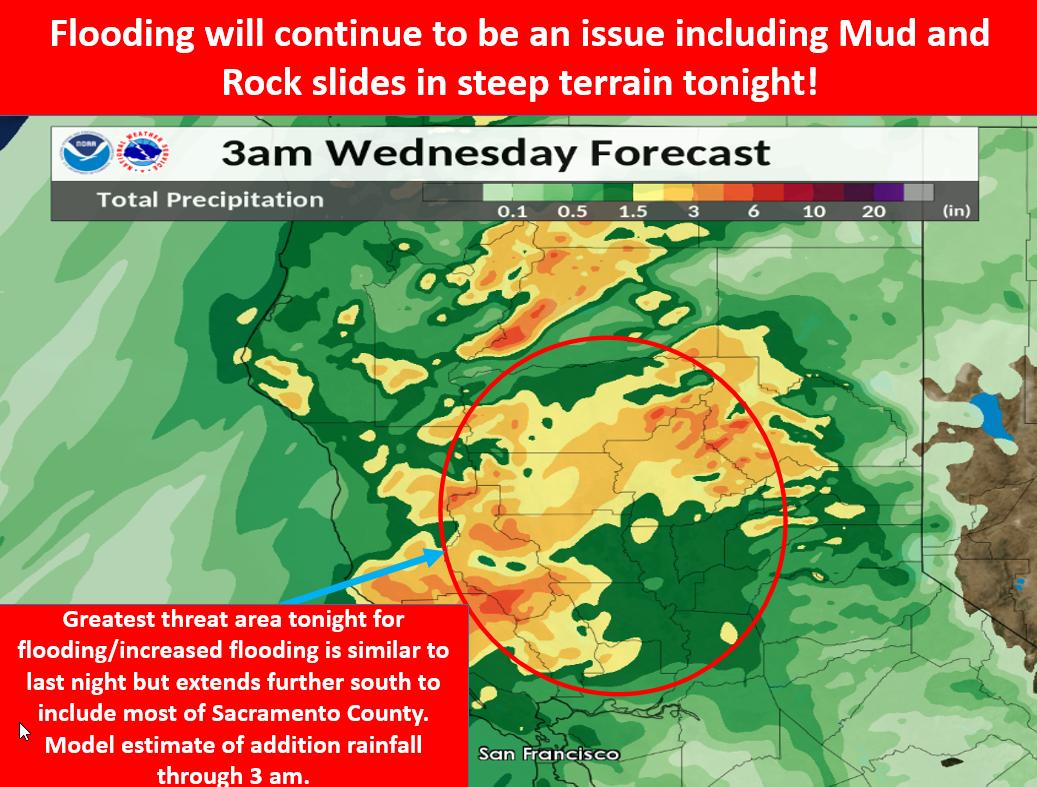 So the night before, we were scrambling to find a fly-fishing option. This turned out to be fishing in the lake for spotted bass in Bullards Bar Reservoir, the place from which the world record at 11 pounds 4 ounces was caught. Before this trip we’d never even heard of spotted bass.

We stayed at the Gold Miner’s Inn, which I mistakenly booked through getaroom.com for $100 more than on the hotel’s website. Arrived there at 9:30pm after a 6 hour drive from the conference venue in Monterey.

The next day got up at 5:30am to go fishing with Chuck Ragan.

There is a fine line between fishing and standing in the rain looking like an idiot. We were hoping it would be the latter but here is video of us doing the former.

Chuck was really cool, laid back and even more enthusiastic than ourselves. He kept saying he was pleased to find people willing to go out in the pouring rain. Bullard’s Bar was completely empty, no cars in the carpark and we didn’t see any other people the entire day.

We were using #7 weight rods with floating lines. Due to miscommunication, I brought my #5 and #9 and left my #7 in San Jose. We fished weighted bait imitation wet flies about 12 ft under a small float.

Here is a nice slow motion video that Chuck took of Ken casting.

It wasn’t long before we were into fish. 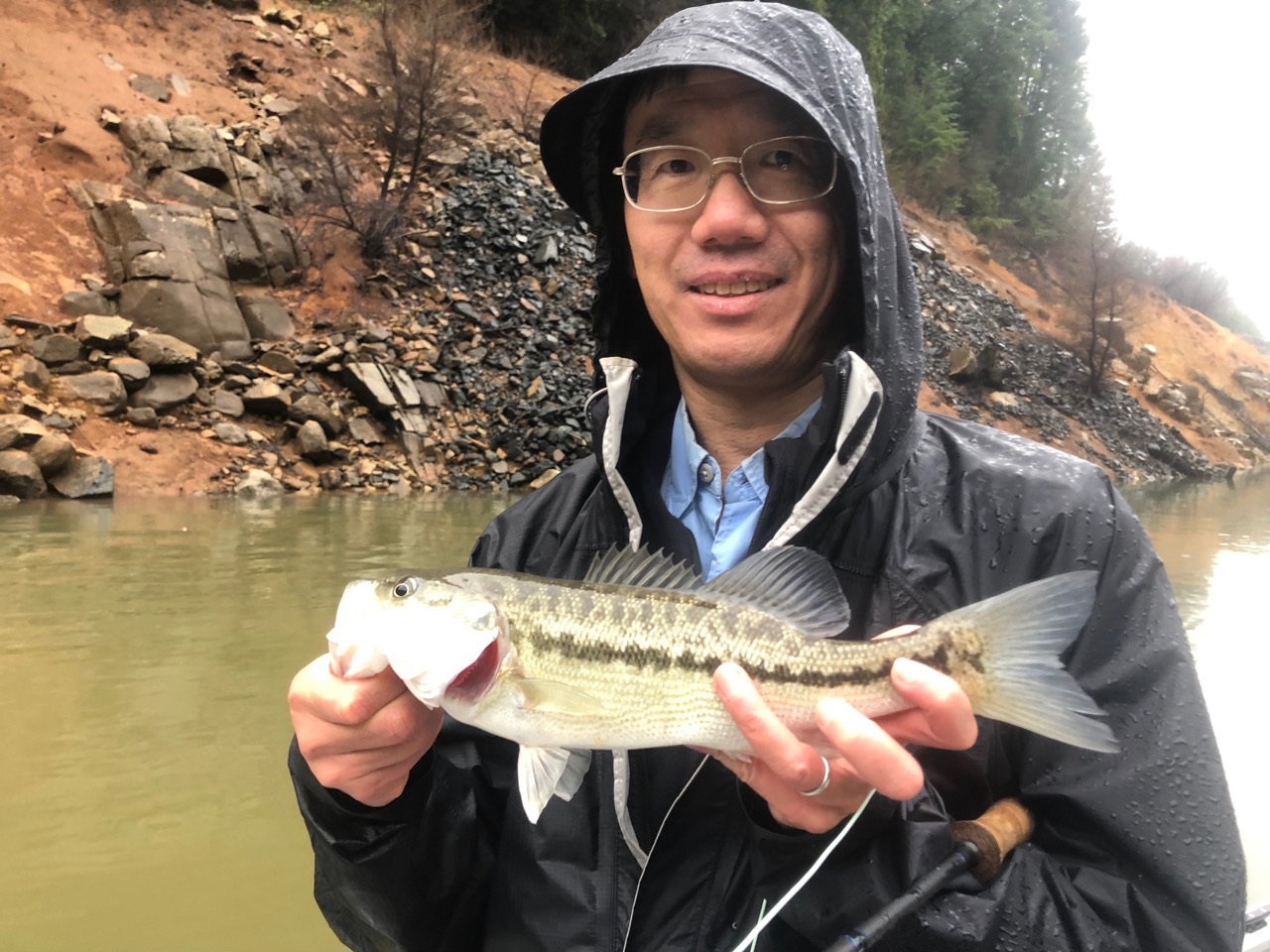 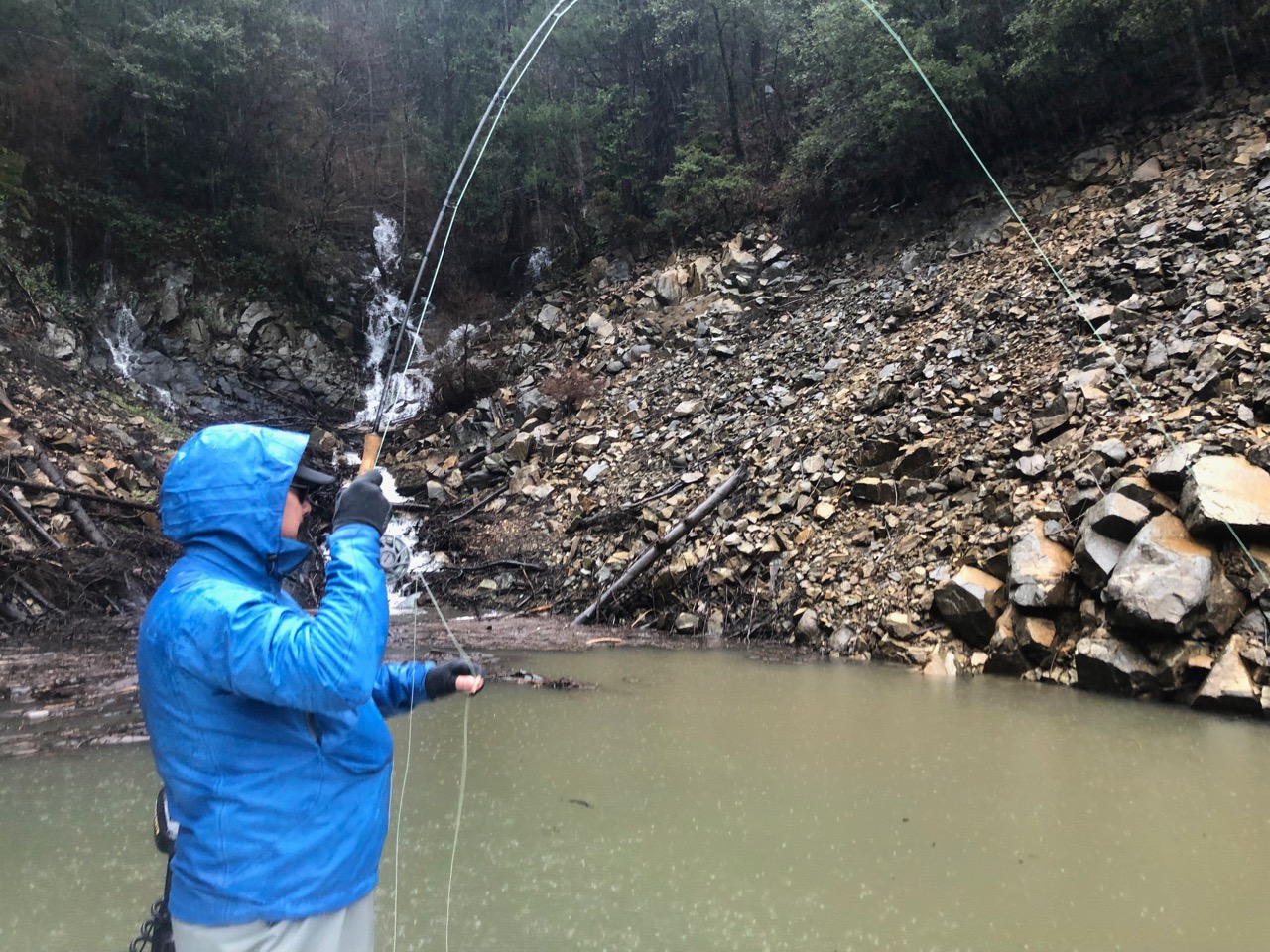 Things were going well, even the rain stopped for a bit and then Guy pulled out a banana (actually he had two). As everybody knows, such a stunt is completely unacceptable and we were preparing to be immediately beset with misfortune (see https://www.snopes.com/fact-check/banana-ban/). If it were my boat, Guy would have been walking the plank.

As mentioned earlier, I’m not superstitious and would even allow Banana Boat sunscreen on my boat (what a stupid brand name, I use Cancer Council). However, real bananas were just asking for swift retribution. Chuck, Ken and I were already planning how to swim to shore when the boat sank. Fortunately, our luck continued (even though I swear it started raining again at that point). 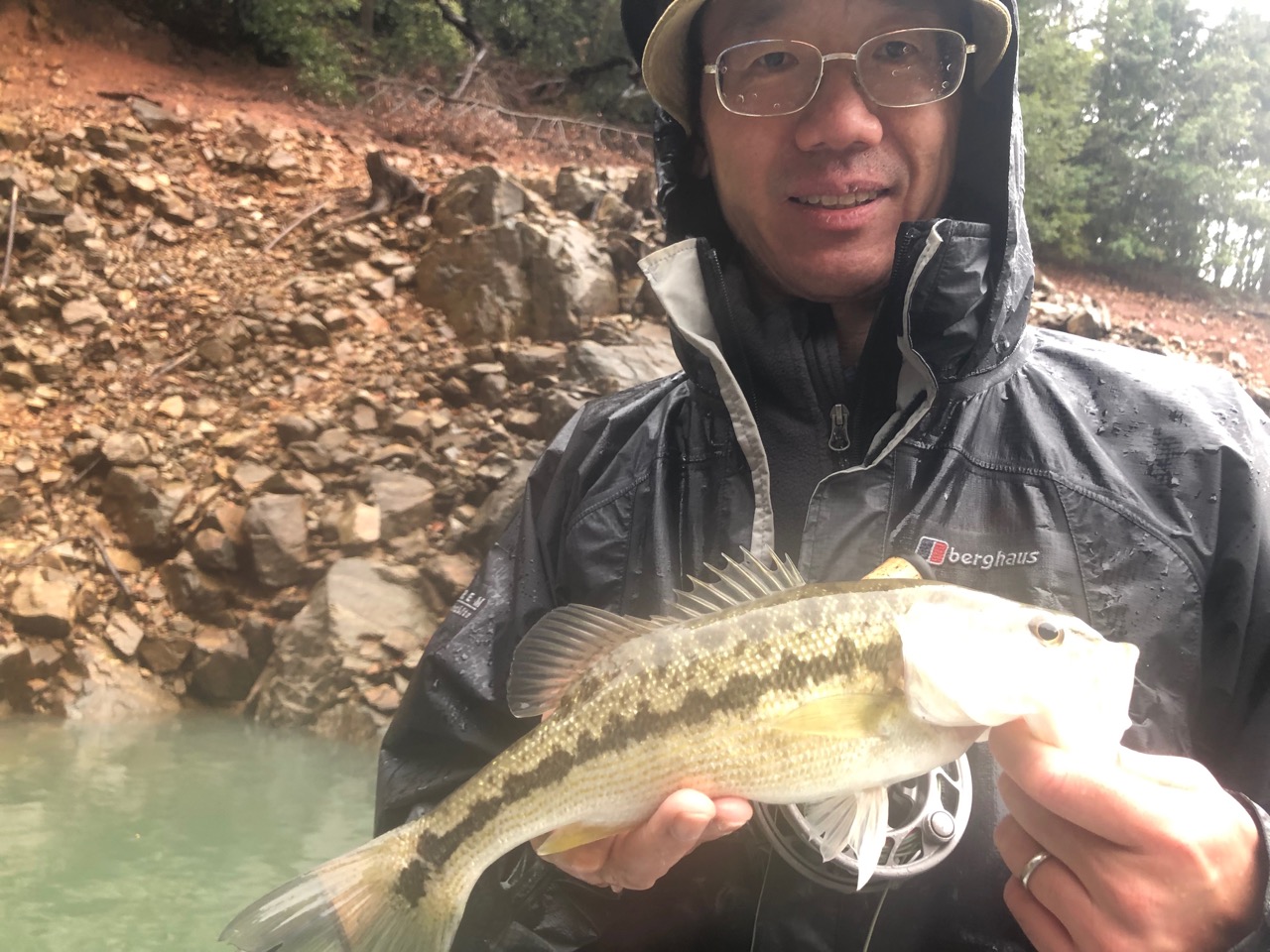 We ended up with about 2 dozen fish (all released). As Chuck predicted, the discolored, rising water and outflow from the creeks made for a brilliant day of fishing.

We didn’t have a plan for the next day and it was either going to the shopping mall or booking another guide as the rivers were still unfishable and a boat was needed. Chuck was not available but he fixed us up to fish Lake Oroville with Hogan Brown.

Ken caught the first fish which was a nice fat spotted bass.

We caught a few more and they larger than the ones at Bullards.

Ken took the largest fish of the trip.

We had another great day, catching about half a dozen fish. Hogan had a very colorful personality and was a great guide. He is also an American History school teacher (but schools were closed due to the floods), published author, and co-founder of Cast Hope, a nonprofit organization that takes young people on free, guided fly fishing trips.

The FFF is one of my annual highlights and we lament that though we have known each other for about 15 years, it is only since 2015 that we’ve been fishing together. Thanks to Ken, Guy, Chuck and Hogan for another memorable trip.