The mako shark is one of the fastest and most ferocious fish in the sea. They can swim up to 69 km/h (42 mph) and jump 6m (20 feet) in the air. There two species, the shortfin (Isurus oxyrinchus) and the longfin (_Isurus paucus), _the shortfin being more common. San Diego is the best place to fish for them, and so following the FCCM Conference, Ken and I went to fly-fish for them.

We booked one of the pioneers of mako fly fishing, Conway Bowman. He is famous, even has his own TV show. We met at Dana Landing and went a few miles offshore.

The tides were perfect with the high at 8:30am and the low at 2:30pm. There was a slight swell, cold, windy and it looked like it was going to rain. At the fishing spot, we were greeted by a school of porpoises. That was a good sign as the sharks often follow them around.

After setting up the burley (chum), we got our gear in order and made a few practise casts.

Size #14 rod and reel with floating fly-line. Not sure what size hook, might have been a 6/0.

No problem seeing this fly, I think it is a bird imitation.

Then we sat around for 7 hours …

Right on the low tide, a mako appeared. Conway teased it in and Ken had it take the fly twice with the fish coming towards the boat but didn’t hook up. This was the third attempt.

This time Ken was able to set the hook while it was moving away from the boat.

Here is a video.

Ken did a good job getting the fish to the boat.

Conway expertly unhooked and released the fish, estimated at about 25 lbs.

About an hour later, a school of mackerel came by and for about 20 minutes, we caught a fish every cast. They were driving the bait to the surface and the birds were also having a feast.

We were hoping for a large fish (or a few more), but gave it our best shot. May is the start of the season with June/July being the most productive months. The best chance of big fish is in August and Conway fishes off Long Beach for them at that time. He catches them up to 300 lb, with larger ones being unstoppable and involves chasing the fish full speed with the boat. We were fortunately to catch one under difficult conditions. It was a great experience and we look forward to returning. 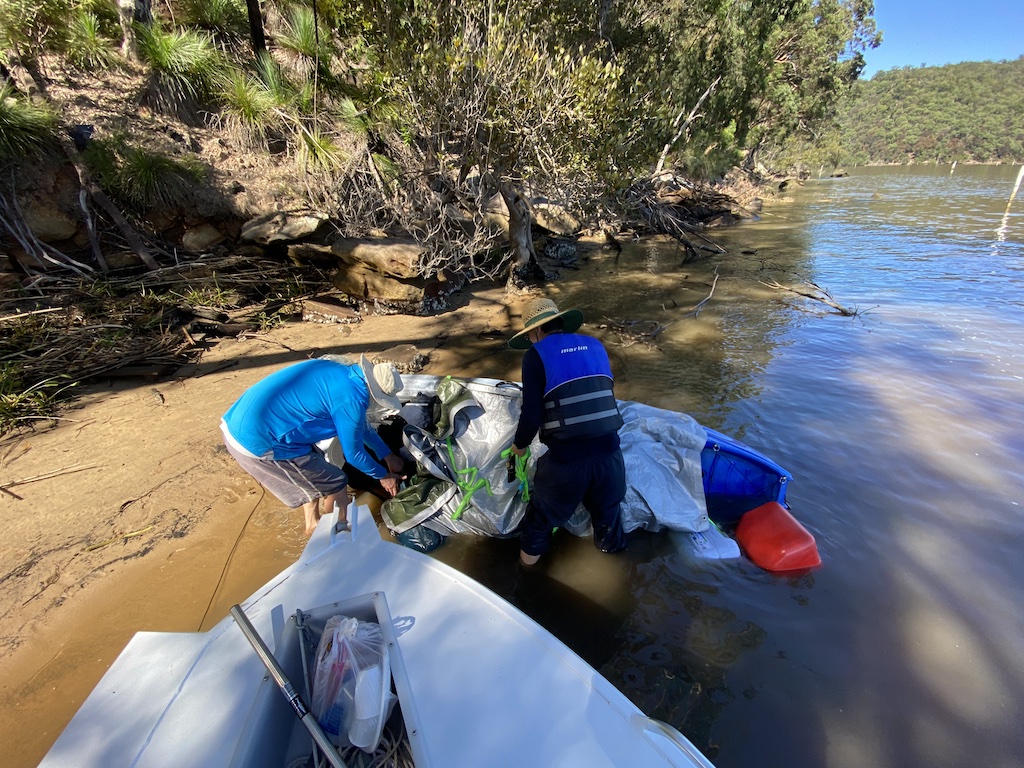